More Than 45 Years Of Teaching 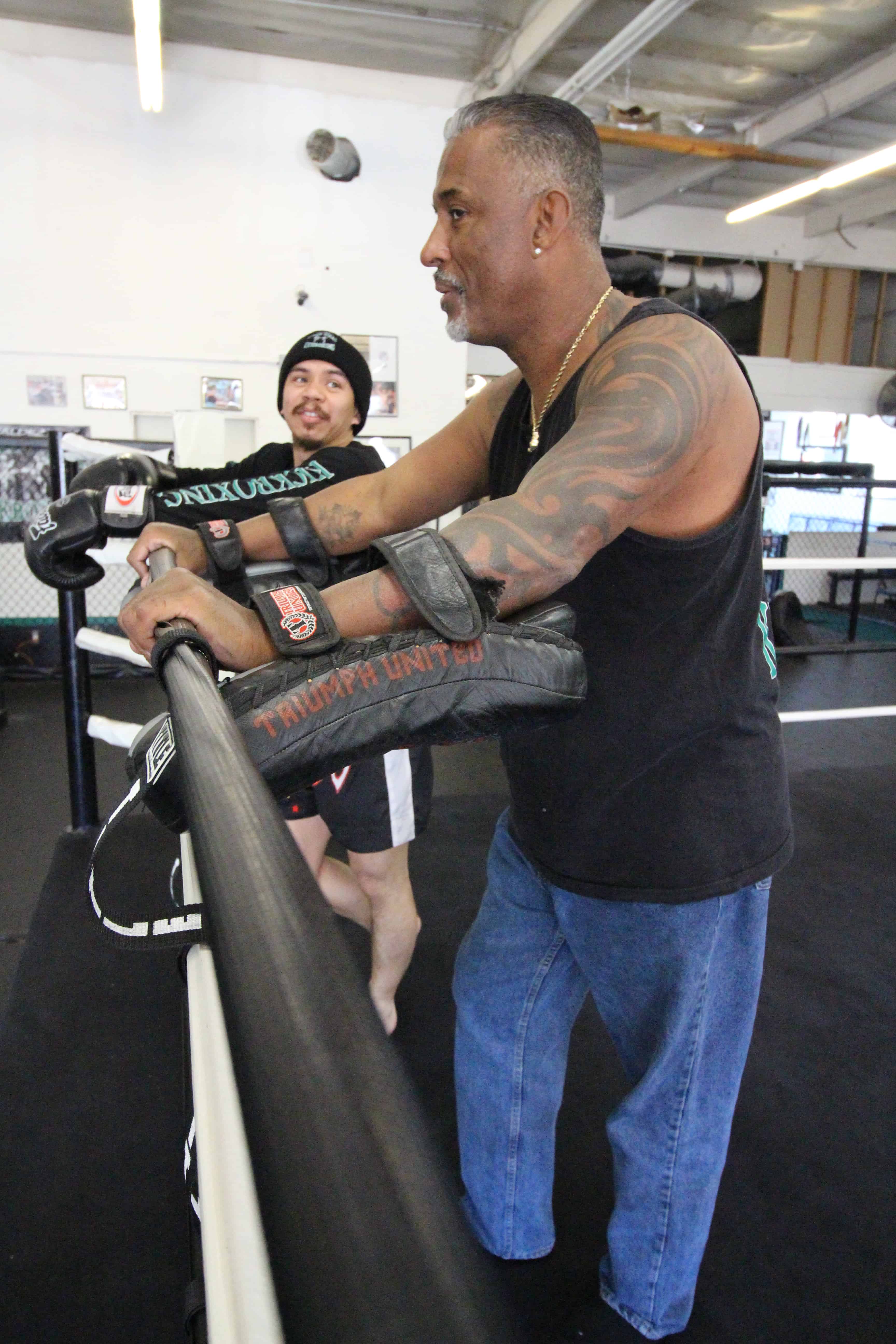 More Than A Trainer

Muay Thai kickboxing Kru George Valdez was inducted into the International Karate and Kickboxing Hall of fame in 2007, IKBA Hall of Fame in 2011, has trained over 58 Champions, and has refereed over 450 fights. In 1992 George decided to pass on his special skill set and unique understanding of Muay Thai to assist the at risk youth in his community.

George realized very soon that he couldn’t limit his teachings and training classes solely to the at risk population; and so, Valdez kickboxing opened its doors to the community and the family began to grow and adopt new members from all walks of life. Since Valdez Kickboxing has opened this gym has acted as a safe haven and has provided its members with a positive learning atmosphere.

George has been a fighter all of his life and is no stranger to battling inside and outside of the ring. He takes much pride in his hard work and is humbled with the opportunity to give back to the community by providing Muay Thai classes for: Advanced fighters, beginners, Law Enforcement, Special Needs, and Children 4+ years of age.